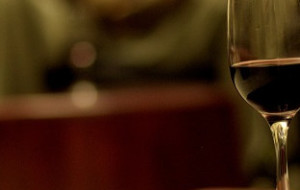 Battling a drug addiction or an alcohol addiction is incredibly difficult as it’s not just fighting against these substances it selves, it’s a battle of mind against the body. The client body will have become so used to its daily fix of these harmful substances that any attempt at abstinence will result in the body fighting back through withdrawal symptoms, such as sweats, shakes, sickly and even fists. Many people who try to battle their addictions end up lapsing or relapsing because of their underlying problems that could be holding them back. Counselling can help with finding your inner resources to win this battle, but counselling can only be sought-out through the self-will of the person.

Addiction is when someone loses control over their alcohol and drug misuse even when the consequences is destroying their lives or the lives of their families and others such as health, social life, relationships breakdown, legal consequences and loss of properties among others. Basically it can be describe as being slave to drugs and or alcohol.

Just as a slave needs to fight hard to be set free, addicts also needs to fight harder to be free from addiction as addiction is a chronic, but treatable with self will power and more support.
People don’t wake up one day and find themselves addicted to drug and or alcohol. Nor did they start using these drugs and alcohol to get addicted. Most people started it as recreation drugs then progress to social using and little by little they started depending on it and then got hooked. The journey of addiction can be measured by the amount, frequency and context of a person’s substance use. As their illness deepens, addicted people need more alcohol or other drugs; they may use more often, and use in situations they never imagined when they first began to drink or take drugs. The illness becomes harder to treat and the related health problems, such as organ disease, become worse.

Seeking out counselling is a difficult thing to do because it’s to start with the client admitting that they have a problem. Many people with some sort of drug or alcohol dependency just can’t do that. Listen To Me Counselling will support you to start stabilizing your intake of these drugs, control it and gradually reduce it until you achieve your goal of either control drinking or abstinence and at the same time exploring the reasons that is attached with your drinking or taking drugs.